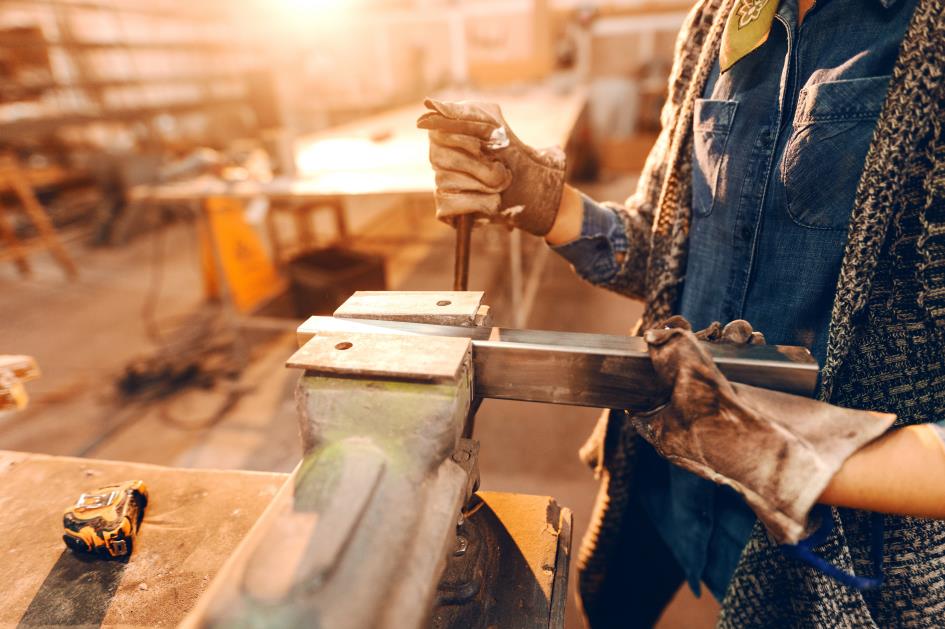 What started as tool steel for machine dies in the 1920s, D2 steel gained popularity among knifemakers since the late 1960s and continues to be a top pick for those making custom knives.

Since D2 steel is very popular among knife enthusiasts, ignoring it while covering other knife steels would be wrong. Find out everything you need to know about D2 steel in this article. We’ll cover its properties, compare it with alternatives, and conclude if it can make a good steel choice for your store.

The steel’s traits, as a result of its chemical composition and heat treatment, determine how well it functions as a knife material. Here is a rundown of D2 steel’s properties to form an idea of what to expect from a knife made from it.

D2 steel for knives is around 60 HRc hard and can reach up to 64 HRc. It’s air-hardening steel that doesn’t require quenching oil during heat treatment. The straightforward quenching process, as with any other high carbon high chromium steel, is why beginner knifemakers highly favor this steel.

D2 steel also doesn’t require high temperatures for heat treatment. It can harden by heating it to 1,900ºF before leaving the steel to air quench.

Many furnaces beginner and intermediate knifemakers operate usually can heat steel to 2,000ºF or so. This heat treating temperature makes properly heat treating D2 steel accessible to even those just starting.

Overall, D2 steel is sufficiently hard to make knives. The hardness impacts other traits strongly, so there is more to discuss.

At the hardness D2 steel can reach, it wouldn’t be wrong to expect satisfying edge retention. D2 steel can keep a sharp edge for longer than 440C and 154CM steel. These are popular steel that you might already know.

While it’s nice to know that D2 overpowers them, its edge retention isn’t as good as S30V or S35VN, which are often put side-by-side with D2.

D2 steel’s ability to keep an edge makes it cut for longer, but it isn’t as sharp as some would prefer. D2 steel has a large carbide size. Due to this, D2 steel gives blades a toothy edge. The not-so-refined edge makes them cut aggressively.

When sharpening them for the first time after the factory, your customers can have trouble giving them a fine edge. Still, D2 steel has adequate edge retention to satisfy many. It isn’t perfect for professional or continuous use, but not too bad either.

The wear resistance is where D2 steel excels. After all, it’s a tool steel that was initially developed to make machining parts. There are several explanations behind how D2 steel achieves this superb wear resistance.

Aside from the high carbon it has, D2 steel also contains 0.80% vanadium. The vanadium carbides are incredibly hard and difficult to grind down. This, and its high hardness, make D2 steel have reputable wear resistance.

However, wear resistance affects sharpening difficulty more than anything else. The more the steel resists losing material, the more challenging it becomes to sharpen the blade.

D2 steel knife owners should invest in a good quality silicon carbide whetstone or diamond stone. These are abrasive enough to shed metal from the edge to create a new, sharper one. If you’re also selling sharpening stones, it’s a good conversation starter.

Now comes the two areas D2 steel doesn’t serve the user as well. The first is toughness; the second is corrosion resistance, which we’ll get to in a moment.

D2 steel doesn’t have poor toughness. It just isn’t on par with its edge retention or wear resistance. Chipping isn’t a worry under typical use. However, D2 has low-grade impact toughness where chips can happen easily when forcefully cutting.

The low impact toughness is a leading reason why knife brands don’t prefer D2 steel to forge cleavers or other blades that require force to cut. This makes D2 steel mainly exclusive to EDC, tactical, and kitchen knives.

As with any other tool steel, D2 doesn’t have the best rust resistance. It has sufficient amounts of chromium, but a good portion of it is tied in the carbides that don’t do much.

Some develop a patina on the blade’s surface as carbon steels do. That said, the shine of D2 steel knives can fade away over time. If you’re living in a humid environment, note that your customers will need to look after their blades more.

This should be a major consideration for stores that plan to sell knives made from D2 steel. Nonetheless, many users of D2 steel knives report not having problems with rusting.

These aren’t to say D2 steel knives will never rust. We can classify them as semi-stainless. D2 steel can rust on the user if they neglect the blade.

Conclusion: what to expect from D2 steel knives

Despite not taking a very fine edge like Japanese steels, D2 steel knives stay sharp for long periods. It’s a knife that continues to cut though it might not be enough for everyday users.

They have acceptable toughness for most cutting needs that don’t require a blow. If your customers put too much pressure on the blade, it can microchip. This can make the edge even more toothy, requiring the user to go in a sawing motion to cut.

The corrosion resistance isn’t perfect, but it’s pleasing for tool steel. There are several ways users can prevent rust. Hand washing the knife and storing it with a coat of mineral oil on the blade in storage are enough measures.

If the features of D2 steel aren’t going to cut it, there are similar alternatives. Here is how it stacks up against these other steel commonly used for knives.

S30V is a knife steel we’ve recently covered on our blog. It’s produced by Crucible, a prominent steel company in the knife space. Knives were in mind during its development, so you know it makes a proper blade.

S30V is superior to D2 across almost all the properties. It has better edge retention, corrosion resistance, and toughness. S30V also takes a better edge that’s sharper.

The only aspect D2 overshadows S30V is the wear resistance. However, this isn’t entirely a benefit to the user. Sure, having a blade that doesn’t get scratched easily is advantageous, but sharpening is a problem. Sharpening D2 is demanding, whereas S30V is much more comfortable in comparison.

CPM D2 steel is the powder metallurgy version of the standard D2. This difference enables the steel to have a consistent microstructure. The inconsistencies in the microstructure of steel reduce its toughness. Therefore, CPM D2 has better durability overall.

The finer carbides also mean CPM D2 steel can get sharper and keep it for more prolonged durations than the standard version.

While these are good to have in any knife, CPM D2 is even harder to sharpen. This is due to the nature of powder metallurgy steels. They are significantly more challenging to sharpen due to their density. Fortunately, CPM D2 has good edge retention that won’t see the face of a whetstone as often.

Is D2 steel a great choice for your knife store?

With everything discussed in this article, we can say that D2 steel is a knife that cuts pleasingly for an average user. Your customers looking to get a razor-sharp edge won’t find D2 steel to be a satisfying choice.

D2 steel is more for regular knife users that want a simple tool that cuts. If your customers believe a knife should continue cutting as long as possible, you can’t go wrong with D2 steel.

That’s, of course, unless they also want superb corrosion resistance with it. In that case, there are better alternatives, such as S30V or 3V.

We can help you choose the appropriate materials for the knife you have in mind. Our existing products are made using the most fitting steel for the blade. Still, we offer changes in materials for the blade and handle through our OEM services.
Contact us to request a quote, and we’ll get back to you shortly – LeeKnives is ready to be the only supplier you need. 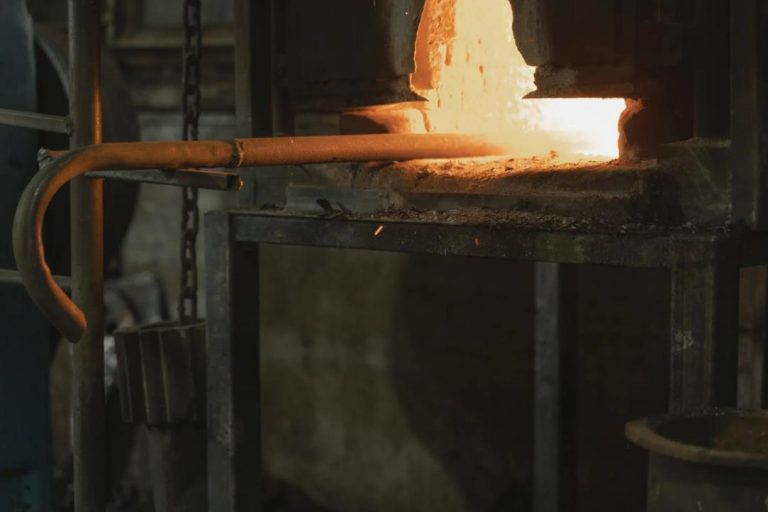 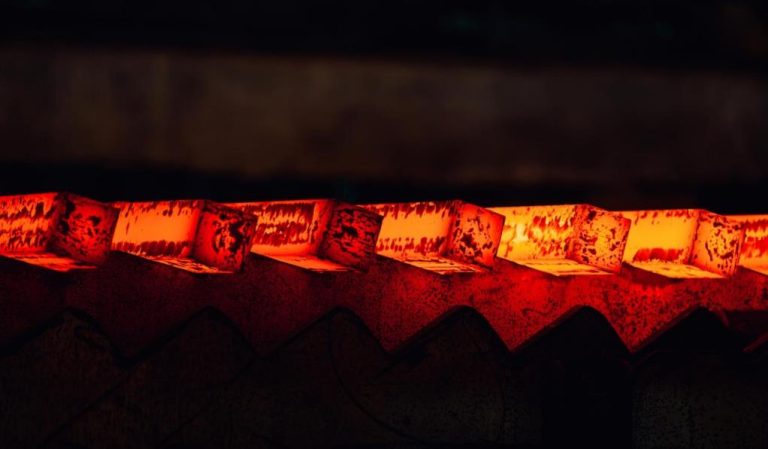 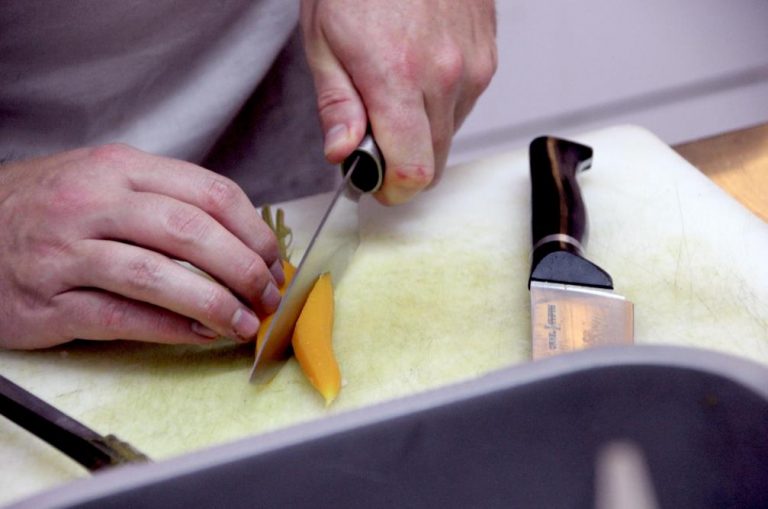