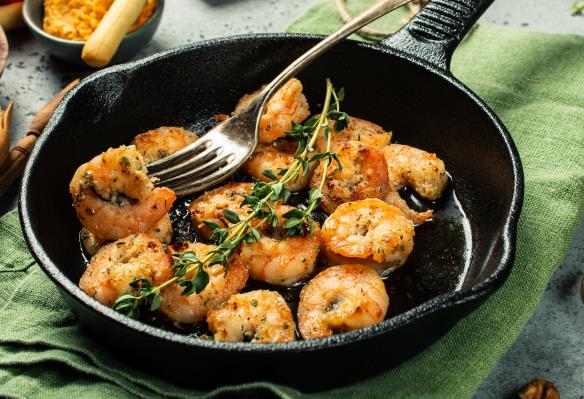 Cast iron cookware is prized for its ability to enhance the flavor of foods. They’ve been the staple of cooking for centuries, and many cooks still consider them essentials for every kitchen.

This type of cast iron cookware has an enamel glaze on the surface that appears glassy, giving them similar properties as non-stick pans. It allows cooks for things that aren’t recommended for regular cast iron. The vitreous surface gives it a shiny look and equips it with rather superior properties for some.

This article will outline the difference between cast iron and enameled cast iron cookware, covering their features, advantages, and disadvantages to help stores make the right product choice.

What is cast iron?

Cast iron makes one of the sturdiest cookware provided with some care. This cookware is manufactured by melting iron and pouring it into a mold to create the desired product. As a result, cast iron cookware gets a heavy and thick build.

Cast iron cookware’s surface absorbs heat and retains it well. This feature makes them perfect for slowly cooking foods as well as baking goods in the oven. The ability to distribute heat evenly throughout its length and width is excellent for searing meat. It outputs the high heat needed to sear a steak to a crispy golden brown. This is one of the leading reasons many cooks turn to cast iron skillets and pans.

These benefits of cast iron skillets demand care from the user to prevent chips, cracks, and rust. Standard cast iron also needs seasoning to prevent foods from sticking, which brings us to the next topic.

Technically, cast iron skillets and pans don’t have a non-stick surface. When you get a brand new one and start cooking, foods are likely to stick. However, they can get non-stick attributes through seasoning. This process creates a thin coat of oil on the surface that prevents foods from sticking and protects cast iron against rust.

Seasoning is an essential process for every cast iron cookware. However, concluding that seasoning will result in a non-stick surface and ending the conversation would be wrong. There is more to talk about cast iron’s non-stick abilities.

What is enameled cast iron?

Enameled cast iron is just about the same as regular cast iron. The difference is in the surface. As the name suggests, these cast iron skillets and pans have an enamel glaze that coats the surface. The porcelain coating adds to the many benefits of cast iron, making it one of the best cookware.

It enables enameled cast iron to be utilized for acidic foods, prevents rusting, and has a fully non-stick surface that doesn’t require seasoning.

The coating can be in various colors, unlike the standard cast iron’s gray which turns into a darker shade over time. You can notice the variety in colors mainly in Dutch ovens. Cookware manufacturers produce enameled cast iron in white, red, silver, and many other bold colors, including black to match the original looks. This can attract customers wanting to add more color to their kitchens.

The non-stick surface of enameled cast iron that doesn’t require seasoning is undoubtedly helpful, but it takes some of the key elements of cast iron cookware.

Enameled cast iron can’t be used at high temperatures, which can make searing steak and cooking under high heat difficult. When done so, the coating will fade away slowly, eventually sticking to foods. Regular cast iron can be brought to a pre-heated temperature to crisp the exterior of foods without worries.

Enameled cast iron is best used at low to medium-high heat. Sautees, fajitas, and goulash are some of the best meals cooks can prepare using an enameled cast iron skillet. Cast iron provides more to consumers in cooking recipes that require high heat. If that is not a big deal for your clientele, enameled cast iron’s non-stick, care-free surface might be more favorable.

There is also heat conductivity. Enameled cast iron isn’t as good at distributing heat evenly as regular cast iron. When you turn the heat on and begin cooking right away, portions of the surface might not be hot enough. Consider this aspect, though there won’t be a significant temperature difference in a few minutes after heating.

The price difference between the two is quite immense. It won’t be a surprise if you notice a set of three cast iron skillets going for the price of one enameled cast iron Dutch oven or a medium-sized skillet.

The benefit of using cast iron cookware with a pre-equipped non-stick surface doesn’t come cheap and can be a major consideration for your customers.

The convenience of enameled cast iron comforts users, especially home cooks that aren’t fond of looking after their cookware. There are also Dutch ovens utilized for cooking many different dishes. These cooking pots can be made from both cast iron and enameled cast iron.

Since a variety of ingredients are added to cook typical dishes in Dutch ovens, enameled cast iron is a better pick from a maintenance point of view. Cooks can comfortably add vinegar, wine, tomato, and other acidic foods to enameled cast iron without extra precautions.

Nonetheless, proper seasoning will prevent oxidation or other problems due to the stripped coating. This, however, also means closer care from the user. Coating the surface with oil before storage, taking proper cleaning measures, and avoiding metallic utensils and acidic foods are needed to extend the lifespan of cast iron.

Which cookware material should you sell?

Among the many options, cast iron and non-stick lead the way for most consumers. These are familiar to cooks, and many know how to use and maintain one. Cast iron is an undeniable favorite for cooks who are serious about their recipes. Cooks that want low-maintenance cookware tend to lean for non-stick. Enameled cast iron is perfect for anyone in between that wants the luxury of both.

Neither one is superior to the other. Enameled cast iron might have a non-stick surface that comes from the factory, but it comes down to user preferences. Many cooks would choose regular cast iron over the enameled service for reasons of their own.

LeeKnives can provide the wholesale solutions you’re searching for in your store’s cookware inventory. Our extensive catalog of kitchen products can help you grow while continuing to peak the interest of new customers. Get a free quote today! 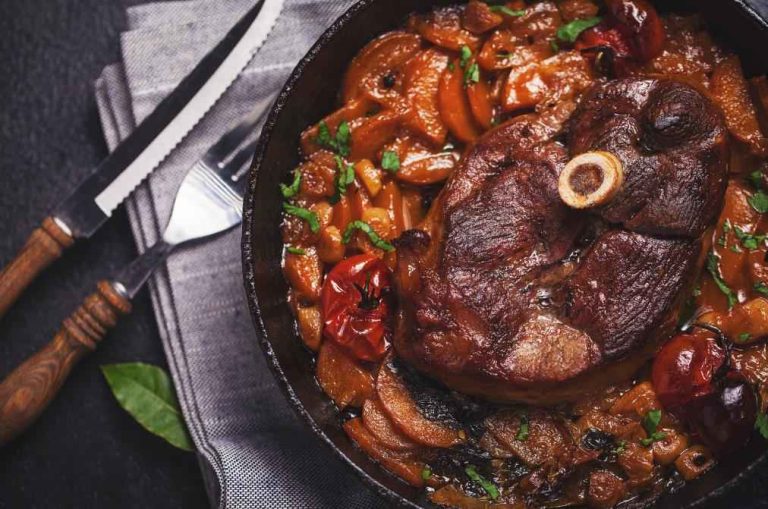