Japan. Land of the Samurai. These legendary swordsmen all had one thing in common; the quality of their tools could not be compromised. They put their lives at stake upon their swords, after all.

The samurai are no longer around, but the technology from their legendary katana swords are, living on in quality Japanese high carbon steels. And in this article, we will be talking about two of the most popular knife steel: Aogami and Shirogami.

What is Aogami and Shirogami

Shirogami (she-row-guh-mee) and Aogami (ow-guh-mee), also known as white and blue steel. They were named after the colour of the paper Japanese knife makers use to identify either metal.

Both steel are classified as high carbon steel with around 1% of carbon content. The composition makes them extremely sharp for fine cuttings of fish and sushi rolls.

Both steel are pretty hard and holds great edge retention. On top of that, they make some of the easiest blades for resharpening. To further ensure the precise cutting, these steel are often forged for single bevel knives.

Such sharpness comes at a price, however; high carbon steels are terribly brittle and are prone to breaking. That is why the particular two alloys have further variations on both available for selection.

As the saying goes, good things come in three’s; Aogami and Shirogami Japanese high carbon steels are no different. Rated from #1 for the most carbon content to #3 for the least. In addition, each variation has special ‘ingredients’ forged within the blades, resulting in different kinds of knives.

You can consider Aogami #1 the standard blue steel. Mostly used in sushi knives like the deba and yanagiba, this ‘distance runner’ version is dangerously sharp and has excellent edge retention.

The steel contains 1.2% – 1.4% of carbon, which is the same as Shirogami #1, but blue steel #1 adds extra chromium and tungsten to its composition, sacrificing a bit of hardness in exchange of durability.

The second variation of Aogami is very similar to blue steel #1. With 1.0% – 1.2% percents of carbon content, it’s still quite sharp and could handle most delicate cutting.

Aogami #2 has even more tungsten added to the composition, makes it the most durable type out of all blue and white steels. This ‘workhorse’ steel can be found in all-purpose knives like the gyuto. Thanks to its strength and durability, these knives can take a lickin’ and keep on tickin’.

They named this type the super steel for a reason. The Aogami Super contains the most carbon around 1.5% that makes it reach a 65-67 HRC rating. This steel is made for advanced chefs and the most sophisticated meal preps.

However the basic rule of steel tradeoffs is that the harder the steel, the more brittle it becomes. AS (Aogami Super) is no exception. But as long as you keep AS in good condition and with proper use, its superior edge retention will last you for years.

AS is a premium steel with a price point to match, these typically range in the upper brackets of blade offerings.

Even though Aogami steel was developed relatively recently, Shirogami steel is still sought after, being the closest thing we have today to the traditional Japanese steel tamahagane. Despite being the older formulation, Shirogami steels still find their way to swordsmiths, artisans and kitchens worldwide today.

Relatively ‘pure’ of other elements, shirogami #1 blades are extremely sharp containing 1.25% -1.35% of carbon. It is the sharpest as well as the most brittle of all white steels. With proper maintenance and whetstone sharpening, you can help the blade reach to an even greater edge at home.

Like Aogami #1, it’s most often used in sushi knives and is used for delicate precision work, like slicing sashimi. Bones? Leave it to the cleavers.

Shirogami #2 is the ‘standard’ or most common type of white steel. Much like Aogami #2, it has 1% – 1.2% of carbon, but without the extra elements to retain a good toughness score.

It is slightly more durable than white steel #1, and is as easy to sharpen.

The same steel as the #2 but with less carbon content. Not as common in a kitchen knife format. By far the toughest out of the Shirogami lines. Shirogami #3 is not as good in terms of edge retention, the blade will get dull pretty fast after a couple of cutting sessions.

And now that we have covered the basics of both kinds of Japanese high carbon steels, it’s time for the ‘shiro’-down.

The comparison between Aogami and Shirogami was brought up constantly. And you will soon find out, their difference is actually very slim.

Although fundamental, the chemical composition of the steel only plays a small part on the final product. What’s more important is the forging process and heat treatments both steel undergoes that makes the blade characteristics. Nevertheless, let’s see how the two steel compares in closer details.

Shirogami, or white steel is generally more ‘pure’ than the blue steel. Carbon being the most influential part of the steel makes them overall sharper than Aogami.

If you are pursuing the finest cut of the meat, look no further than white steels, they’ll make cutting meat like lasering through butter. Shirogami lends itself well to those seeking the ability to finely tune and control the steel to achieve the performance results desired.

In the case of Aogami, it is sought for it’s elemental additions that make it less temperamental to work with, requiring an easier learning curve. Aogami #2, compared to Shirogami #2, is also able to take on more versatile tasks.

Aogami and Shirogami knives are both great at retaining fine edges at a long period. However, Aogami performs a bit better than Shirogami in that sense. Wait, you might be confused now, how is that possible? Isn’t harder steel holds a better edge?

That might the general understanding, yes. But bear in mind the steel properties were determined by several elements. The small part of the impurities makes Aogami retain a better edge, thanks to the particular element of vanadium.

Both steels does not require constant sharpening. But when the time comes, sharpening them are fairly easy. Shirogami wins the round of sharpening ease barely because the chromium carbide brought to Aogami, sharpening blue steels would be more tricky.

Price, of course, is the inevitable deciding factor in steel choice. Those looking for the best of either would consider the Aogami Super as a first pick, but the very high price point thanks to the difficulty in forging such a special blade might edge others to blades more amenable to the budget.

Shirogami tends to be a sharper metal overall, the trade-off being that they are more rust-prone and vulnerable in general. The purer carbon lacking the additives that make Aogami more resilient and resistant to change.

Even though Aogami has additional chromium to the composition, the rust resistance and the ability to handle heavy-duty work can not hold a candle to high chromium stainless steel. With that in mind, we listed the traits of similarities between both steels:

The relatively high brittleness of the blades mean a higher chance of chipping and breaking if used recklessly. Japanese high carbon knives are under no circumstance to be used for wedging, twisting, prying, on frozen goods or for cleaving bones. A good rule of thumb is to only use the knife on material that is soft enough to be chewed through with one’s own teeth.

To maintain a Japanese high carbon knife, investing in a quality sharpening stone, or whetstone should be part of the budget.

In terms of sharpening stones, water stones are recommended; they’re named so due to the fact that they require a lengthy soak in water before usage. A smooth sharpening experience comes as a result, as well as the water aiding in the removal of ‘scarf’ or the metal filings shaved off on the stone.

And speaking of water, these blades should be washed with warm, soapy water and then dried with a towel after use. No abrasives or dishwashers.

The art of Japanese knife and sword-smithing is ancient, most likely older than many of the countries we reside in today, and there is no shortage of premier artisans and smiths of note. Here are a few names to consider when one is in the market for quality steel products:

The discerning reader may ask the question of why one would bother with researching and reviewing the distinction between six versions of two kinds of Japanese steel alloys. They’re knives. They all cut, don’t they?

The answer is, as with so many things, a question of preference. Pick white steel for sharpness, and blue steel for edge retention.

Ultimately, it is up to the customer’s specifications as to which kind of steel will end up being the final choice. One thing is for certain, however; despite the customers’ preferences in looks, heft, maintenance requirements, sharpness or price, they can rest assured that Japanese high carbon alloy blades are a cut above the rest.

Interested in getting to know more about Japanese steel? LeeKnives provide a wide range of steel knives for wholesale purchase, you can even customize knives with us! Contact us today and get a free quote. 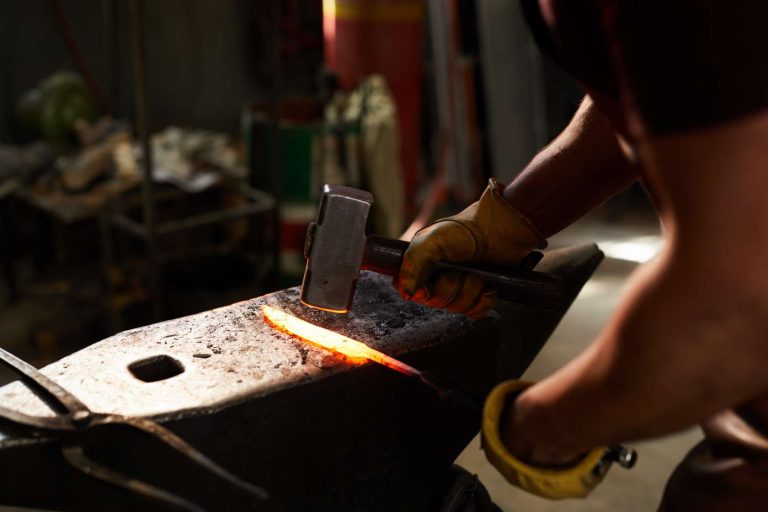 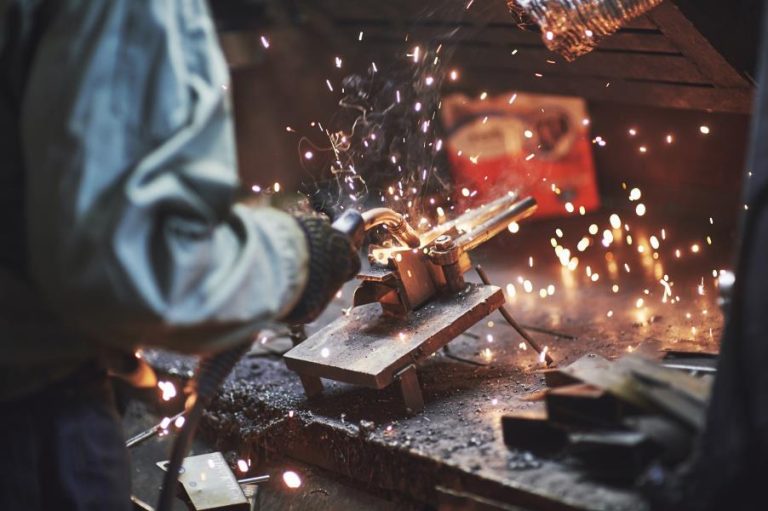