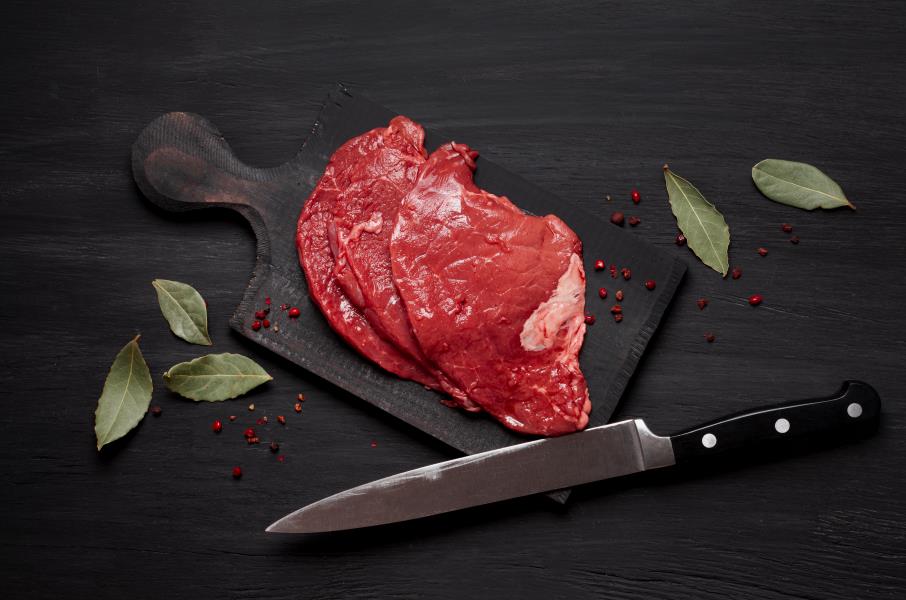 The carving knife is a kitchen tool with a specific use. Cooks use them mainly to carve roasts and poultry – perfect for Christmas and Thanksgiving.

These kitchen knives are often mistaken for slicing knives. While they can look almost identical, there are differences setting them apart. The uses of a carving knife make it a versatile and adaptable kitchen knife.

This article will go over just that, covering carving knife uses. We’ll point out where cooks can use a carving knife and help you decide if it makes a good product to sell in your knife store.

First and foremost, let’s dissect the design of a carving knife.

The carving knife has a narrow blade profile with a pointy tip. The pointed end is an important element that pierces through ingredients effortlessly, makes incisions, and helps disjointing.

The blade length of the carving knife is between 8 and 12 inches, with some knife brands selling up to 14 inches. While professional chefs favor the longer blades, home cooks mostly opt for a 10-inch carving knife.

The carving knife has a slimmer spine than a chef’s knife but is still thicker than a slicing knife. There are carving knives with 3.5 to 4.5mm thickness. This is slender enough for maneuvering around the bones, joints, and connective tissue.

Even though a carving knife won’t give much – meaning the blade won’t flex or bend – it isn’t as sturdy as a chef’s knife. Therefore, cooks using a carving knife shouldn’t use them aggressively.

Being a western-style kitchen knife, the carving knife shares  many of the design elements as others in this category. Most carving knives have a bolster but only semi. This is due to the overall width of the blade, as the carving knife is narrow.

The carving knives equipped with a bolster are heavier and somewhat sturdier. The bolster can help the cook with cutting dense foods, providing them an extra sense of security.

The carving knife might have a specific use, but it’s an all-rounder tool that can also fulfill the other needs of a cook. Here are some of the uses of a carving knife your customers can employ to create the best results.

Nothing beats a huge turkey feast on Thanksgiving Day. The carving knife is the only knife cooks need for this poultry.

Using a carving knife to butcher a whole turkey allows the cook to use a single blade to both carve and portion out everything. No need for a chef’s knife or a slicing knife to slice the breasts or separate the thighs from the drumsticks when you have a sizable carving knife.

A carving knife with 10 to 12 inches of blade length is the most ideal kitchen knife for butchering whole poultry. Chefs can also use it before cooking to trim away unwanted parts.

The carving knife’s stabby tip is perfect for getting in and around the roasts. It’s effortless to separate the meat from the bones, whether the rib bone or t-bone.

The carving knife’s narrow blade is also ideal for thinly slicing roasts. The straight edge slices roast finely. The slight curvature at the end helps with food separation. These make the carving knife a well-fitted instrument to slice roasts and similar foods.

When you pitch your customers a carving knife, recommend one with a long blade if they plan to cut roasts often. The longer the blade, the less the cook needs to move the knife back and forth.This cutting technique creates less friction between the food and blade, securing clean and tear-free cuts.

The rigid blade of the carving knife cuts these kinds of produce effortlessly. It pierces the thick peel and resists the moistness in vegetables and fruits.

Undoubtedly, your chef’s knife would also come in handy. However, many cooks, especially those that aren’t as experienced, tend to get the blade stuck on dense ingredients with a chef’s knife.

Since this can result in accidents, the carving knife is also a safer option than a chef’s knife in most cases.

This trait of the carving knife makes it appropriate to filet fish. As long as the cook has enough blade size for the fish, fileting isn’t a challenge with a carving knife.

The same as advising your customers to get a lengthy carving knife for roasts, you can do the same if they intend to work with seafood also. However, this entirely depends on the size of the fish. A small carving knife is better for small fish and vice versa.

How does the carving knife compare to other kitchen knives?

Here is how the carving knife compares to other kitchen knives that can be an alternative, from the uses to general features.

Some slicing knives have a rounded end in addition to the pointy, but all carving knives have a stabby tip for piercing through ingredients. There is more to the differences between these kitchen knives. Read this comparison article to find out how they vary.

We’ve also put together an article comparing the chef’s knife with the carving knife.

If a cook doesn’t have a carving knife, the best alternative is to pick up the all-rounder chef’s knife. The chef’s knife makes a good secondary option for carving foods for several reasons. It has a pointy tip, rigid enough to stay put, and can slice anything.

After all, it’s an all-purpose kitchen knife that should tackle many cutting needs.

While it’s a good alternative, the chef’s knife takes more practice to control compared to a carving knife.

There isn’t a set standard for filet knives. There are various options, with each having unique traits. Some have incredibly narrow, flexible blades; some are thick and heavy, like the Japanese Deba.

Regardless of the filet knife we compare the carving knife to, they all have one common feature: the pointed tip. This feature is crucial for fish cutting tools as the cook needs to navigate the knife inside the fish to begin fileting the meat from the bone.

While the carving knife has this feature, the blade doesn’t flex, unlike many other fillet knives. At the same time, it’s the same as the Deba knife. Whether or not the carving knife is suitable for fileting fish depends on the cook’s preference.

Should you sell carving knives in your store?

Selling carving knives is a good approach to expanding your line of products. You will have more to offer to your customers. It isn’t one of those kitchen knives that appeal to only a certain group of cooks, such as the bird’s beak paring knives.

That being said, we highly recommend selling carving knives. It’s a must-have for every kitchen, whether a restaurant or home.

The carving knife is an appropriate choice for pretty much every knife store. If you plan to sell these kitchen knives, check the LeeKnives carving knife catalog.

Can’t find a product you want to sell? We can manufacture any kitchen knife you desire with the exact specifications you give us. We can also replicate a product your customers can’t seem to stop talking about and make it even better by tweaking everything.

Our OEM manufacturing service has endless possibilities. Contact us with your needs, and we’ll get back to you with a free quote. 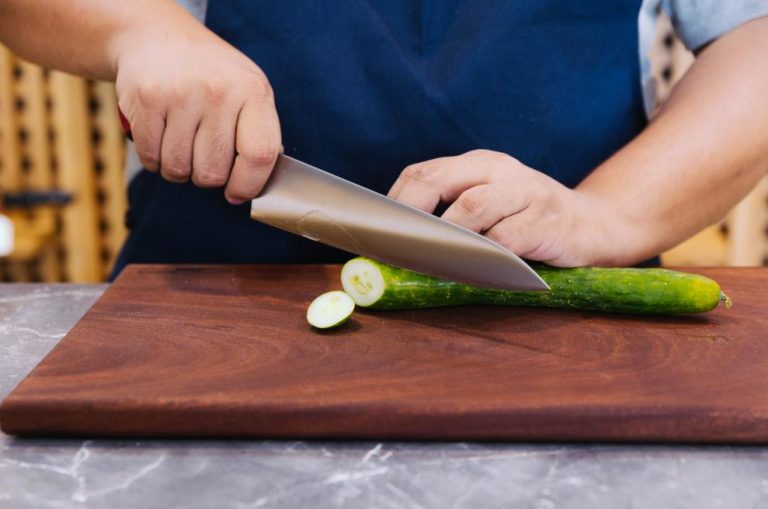 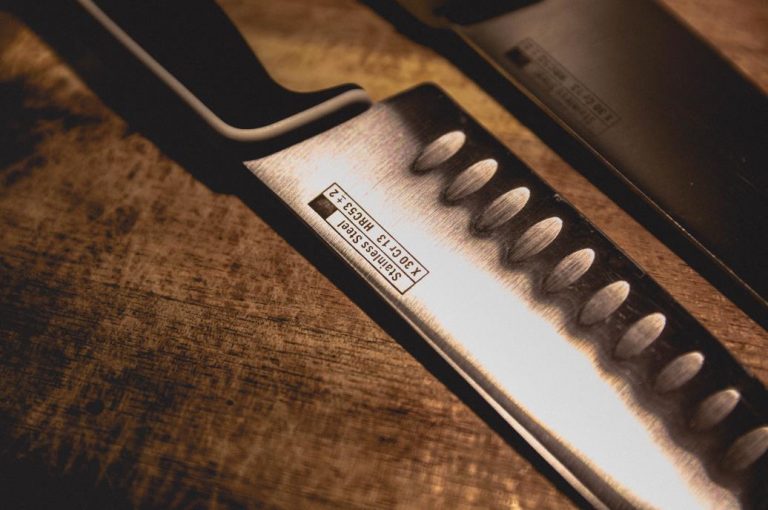 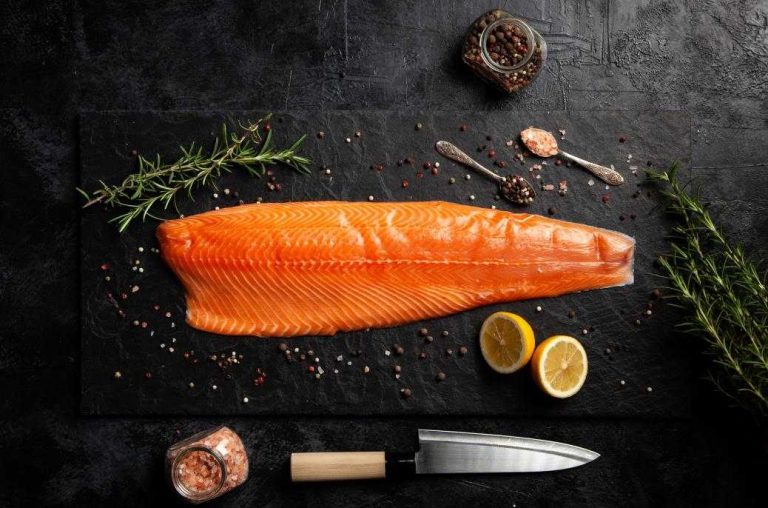