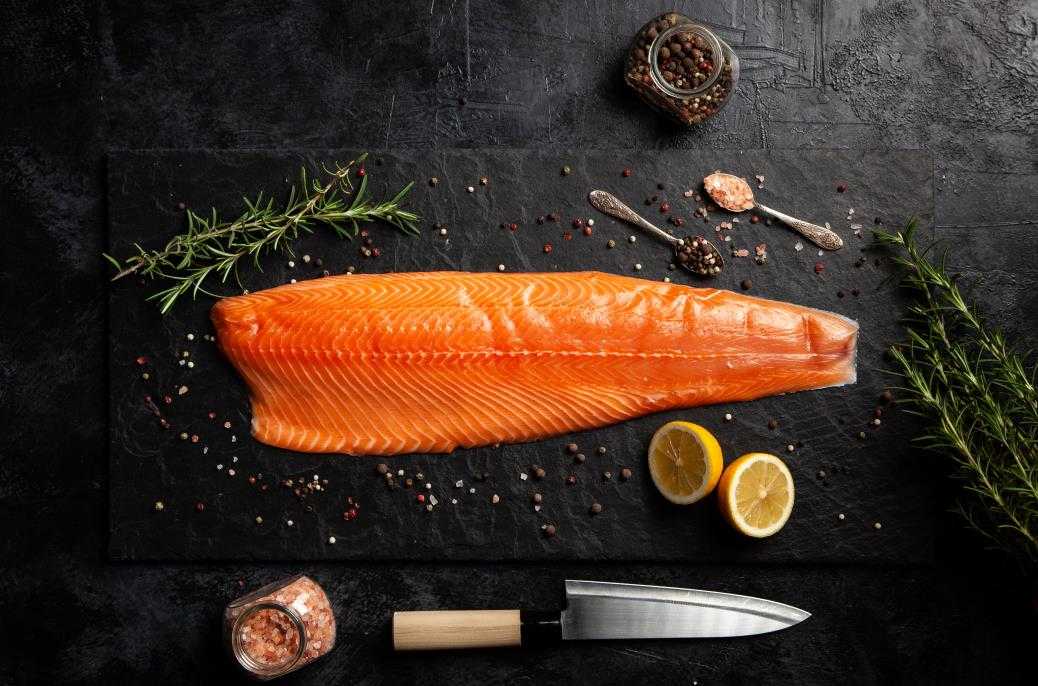 Deba is a traditional Japanese kitchen knife specializing in butchering and filleting fish. It has an entirely different look than what western cooks imagine a fillet knife.

This Japanese knife dates back to the Edo era in the mid-19th century. Deba is one of the three primary kitchen knives a Japanese blacksmith must be able to forge, along with Yanagiba and Nakiri.

Everything about the Deba appears alien to the filleting knives found in other parts of the world. If a cook butchers and fillets a sizable fish with Deba the same way as its flexible, thin counterpart, they can run into problems. This knife is best employed by keeping in mind its characteristics.

In this article, we’ll guide you through the features of Deba, examine the variations, and conclude how it can make a good product for your knife store.

First and foremost, let’s start with the blade design.

Deba is a thick knife that maintains this throughout the blade. It has a similar blade design to the Gyuto but is much taller.

The thickness is primarily due to the properties of Japanese steel. It’s much harder and sharper but also prone to chip. When Japanese knifemakers developed Deba, they gave it a consistently thick spine from the heel to the tip for increased durability.

The edge is relatively straight, with a slight curve at the end. The spine joins the end of the blade, forming a sharp tip. However, it isn’t as pronounced as a typical fillet knife. The tip design and the overall thickness make the Deba much sturdier, allowing the cook to use it more than just butchering fish.

Someone with a bit of knowledge in knives would expect Deba to have a double bevel. This isn’t the case, and it’s understandable why.

Although double bevel knives are sturdier, their single bevel equals are better at slicing. With a similar motion to slicing when filleting fish, the single bevel edge glides over the bone, ensuring a smooth piece.

Considering how much the thick blade contributes to Deba’s durability, the single bevel edge doesn’t make it flimsier.

Deba has multiple size options. The blade’s length is up to the user’s preferences and the size of fish they will use Deba to butcher and fillet.

Most Deba knives have a 160mm long blade. This length is satisfying enough for most cooks and ideal for butchering small to medium-sized fish. Think trout, salmon, an average-sized tuna, and cod.

There are smaller and lengthier Deba than this, from 120mm to 210mm. The tiny Deba knives are for smaller fish, like mackerel, anchovy, and herring.

The bigger Deba knives are for larger fish, as expected. In addition, however, cooks can utilize them for other cutting needs where a long and thick blade with a sharp point is appropriate, like cutting a large eel. This brings us to the areas a cook can use Deba.

The primary use of Deba is to butcher whole fish and fillet. The blade design might seem off, but as mentioned, the sturdiness and the single bevel edge of Deba are more than adequate for the job.

The most important thing when using Deba to butcher fish is to pick up the right blade size. Otherwise, it can get challenging to control the blade and maneuver around the gill to separate the head.

In addition to butchering fish, Deba is an excellent knife for carving whole poultry. Whether cooked or uncooked, breaking down a chicken or duck into pieces with Deba is straightforward. The thick blade quickly goes through the joints, and the added weight aids every cut.

Things to know before using Deba

Even though Deba offers multiple uses, cooks that aren’t familiar with a thick and heavy blade may need time to feel comfortable. Sure, the thick blade does some of the job for the cook, but if they’re not accustomed to a thick and heavy knife, it can lead to accidents or unwanted results.

Here are a few tips on leading your customers before choosing Deba as a butchering knife.

There isn’t a single type of Deba. Some variations might have minor differences, but these changes can make the perfect tool for specific cooks. Here are the four most common Deba variations.

Hon-Deba is what we refer to as the typical Deba. It’s the knife we’ve discussed so far in this article. If you see Deba displayed as Hon-Deba in a knife store, know that your competition is likely to have the other variations also.

Since we’ve covered the uses of the typical Deba, we’ll skip this part.

Ko-Deba is the smallest variation. It features a much shorter blade, at 100 to 120mm, compared to the typical Deba. The smaller Deba also has other names. You may see shops referring to Ko-Deba as Aji-Kiri or Aji-Deba.

The small blade is easier to control when working with small fish, like mackerel or herring. Ko-Deba is especially a better fit for cooks with small hands. If you’re running a B2B knife store, know that a smaller alternative to Hon-Deba is necessary for cooking schools for kids, restaurants, and fishmongers.

Yo-Deba has the same blade as any other variation but with a different handle. It’s what knifemakers call the Deba with the western-style handle. Also, “yo” at the beginning is for all Japanese kitchen knives, not just Deba. So, all Japanese knives that begin with it have the western handle.

The use of Yo-Deba is self-explanatory – it’s the same as any other Deba, but for cooks that prefer the western handle.

It has a narrower blade that’s still thick at the spine. Mioroshi Deba almost looks identical to Gyuto. For most knife enthusiasts, the spine is the only part where they can differentiate the two. Because of this, it’s best to display Mioroshi Deba in a place where the customers can see its spine.

Mioroshi Deba is still a sturdy kitchen knife but just not as much as others. A cook can perform all the tasks with Mioroshi Deba mentioned above, in addition to slicing fish finely. Mioroshi Deba is ideal if your customers are also looking to get some slicing motion from a Deba.

Slightly narrower than the standard Deba, Ai-Deba is a thinner version. It’s lighter in weight and efficient in slicing. Cooks that aren’t comfortable with the thickness and weight of Deba but favor everything else usually go for this variation.

Ai-Deba is best utilized for butchering fish and slicing as the next step, using the same knife. It doesn’t require another slicer unless the cook needs delicate cuts. Yanagiba or Sujihiki delivers that much better. Additionally, Ai-Deba is especially efficient at cutting fatty fish, as they aren’t as tough as leaner choices.

Is a fillet knife better than Deba? Can you do the same with a fillet knife or vice versa? The answer relies on the user’s preferences and what they’re looking to get out of the blade. Let’s look at how they compare when filleting whole fish.

The first step to filleting fish is to prepare it. That starts with separating the head. This is often challenging with a fillet knife, particularly with larger fish. Usually, cooks pick up another sturdy blade or tool, like a hammer, to exert the necessary force to remove the head.

A cook can use Deba to butcher and fillet from start to finish without needing another knife or instruments. A fillet knife is only there for filleting. Therefore, the cook will need more before beginning to fillet fish.

These are the main differences between Deba and fillet knife concerning the uses. Other than usefulness, the most apparent difference is in the blade design. A fillet knife has a lighter, narrower, and generously flexible blade. Deba is just the opposite of these.

A knife is a tool, and Deba or fillet knife, or any other for that matter, is no different. Every user has their preferences, and how they employ the available tools varies. For this reason, neither one is better than the other, but it’s a fact that Deba is more versatile.

Should you sell Deba in your store?

Deba is a highly prized Japanese kitchen knife. Although its primary use appeals to only a handful of people, it’s a must for any knife store selling Japanese kitchen knives. Despite the specialty for butchering fish, any cook can get more use out of it.

It’s appropriate for cutting meat as long as there aren’t big bones. The fragile nature of single bevel edge knives doesn’t apply to Deba. It cuts through small bones effortlessly, whether fish, poultry, or beef. These make Deba an adaptable and favorable kitchen knife.

The features and ability to use it on various foods make Deba somewhat an all-purpose kitchen knife. Deba might not be as popular as Santoku or Gyuto, but you can lead your customers to it as a secondary product to drive more sales.

There is no doubt that Deba can benefit all types of cooks. However, choosing suitable steel for Deba is vital. The care requirements of carbon steel instantly turn off many home cooks. Since this is the most common knife steel for Deba, stainless steel options made from VG-10, AUS-10, and SG2 might be a better fit.

Brands that succeed in selling Deba

Many recognized Japanese kitchen knife brands, like Masamoto, Tojiro, Sukenari, have found success selling Deba knives. Every knife brand has something special about their products. For example, Takeshi Saji has gorgeous handles, and Masamoto uses Shirogami (white steel) and Aogami (blue steel) for their blades.

Often, knife stores want a similar appearance to the Deba of the popular brand but can’t find a wholesaler to supply them. If you relate to this issue, know that we can manufacture the same or an equivalent product. You can also tweak the products in any way that benefits your customers.

Let us know what you have in mind about the Deba knife, and get a free quote now. 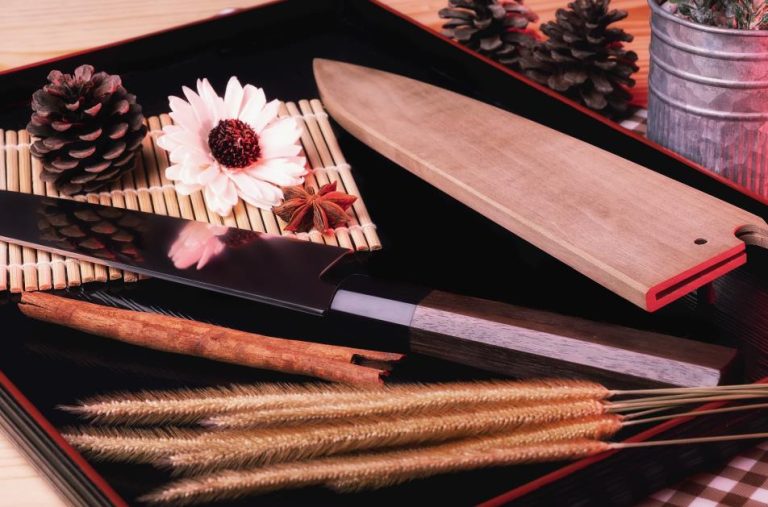 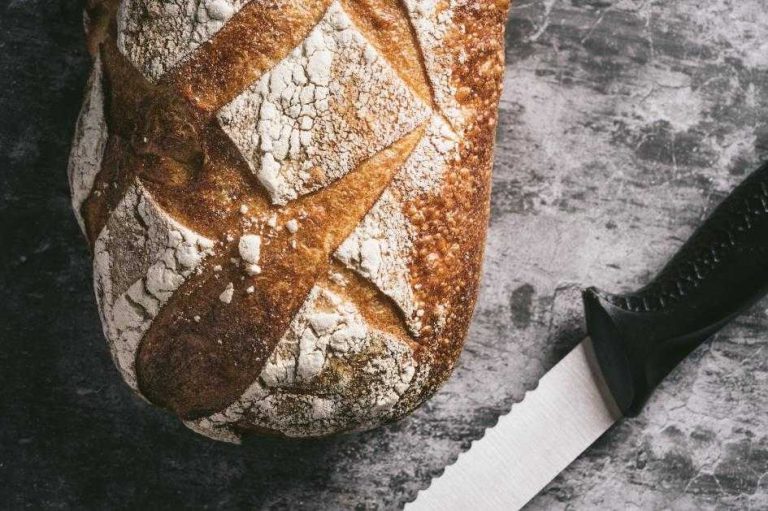