What Is the Japanese Petty Knife? 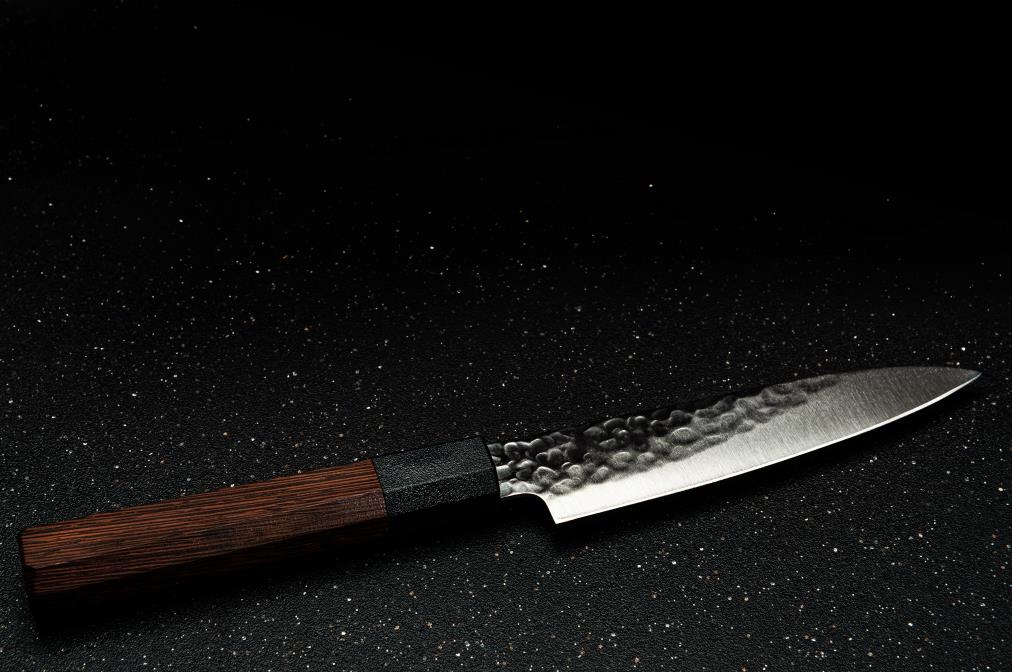 Petty (ぺてぃ) is the Japanese adaptation of the paring knife. Like all Japanese knives, it’s a bit different from the similar alternatives found elsewhere. Nonetheless, Petty’s overall use case is the same as the western paring or the utility knife.

Many cooks see the Petty knife as a smaller version of the Gyuto. The blade design is pretty much the same but in a much tinier package. As it’s similar to the all-purpose kitchen knife – Gyuto – the Petty knife offers more uses than a traditional paring knife.

In this article, we’ll go over the features of the Japanese Petty knife, how it can benefit your customers, and conclude if it’s an ideal product to sell in your knife store.

Contents
1 Origins of Petty
2 Petty knife features
2.1 Blade design
2.2 Edge
2.3 Size
2.4 Handle
2.5 Steel used
3 Petty knife uses
3.1 Peeling and slicing vegetables and fruits
3.2 Detailed work on animal protein
3.3 Petty knife for other cutting needs
4 Petty knife vs. utility knife vs. paring knife
4.1 Design and uses
4.2 Sharpness and edge retention
4.3 Which is better?
5 How to decide if you should sell a petty knife or not?
5.1 Pros & cons
6 Final words from LeeKnives

Japanese chefs and knifemakers had already developed Gyuto to butcher beef during the Meiji period. Despite being used for many tasks other than just cutting red meat, Gyuto’s long blade was challenging to control for intricate tasks.

When the need for a versatile kitchen knife to work on smaller ingredients became more apparent, Petty entered the scene after the Meiji era in early-1910s. Since then, the Japanese Petty has been the primary knife for small tasks. It’s also an excellent knife to pair with a primary blade, like Gyuto or Kiritsuke.

Now that you have an idea about the Petty knife, here is a rundown of its main features. With a better understanding of Japanese Petty’s characteristics, you can distinguish it from the western alternatives.

Petty’s blade design is identical to the Gyuto. It has a relatively flat heel, perfect for thrust/push cutting. The edge has a slight curve towards the belly, creating a pointy tip gradually at the end.

This blade design also enables the cooks to utilize the knife using rock chopping comfortably. The ability to employ different cutting techniques is one of the reasons why Petty is so prevalent among professional chefs.

Overall, the design of the Petty knife is the same as its big brother Gyuto.

As it’s an all-purpose kitchen knife, Petty has a double bevel edge. Although it misses the chisel grind in single bevel kitchen knives, it’s still ideal for making delicate slices on tiny ingredients.

The way knifemakers grind Japanese blades allows for a better sharpness, which doesn’t push ingredients as much – even with a double bevel edge. When utilizing Petty or any other Japanese kitchen knife with a similar edge, this method of grinding the edge ensures smooth cuts.

As the name of the knife hints, Petty is a petite kitchen knife. However, the size options for Petty vary significantly. It can be as small as a standard paring knife at 3 to 4 inches blade length. Cooks that favor a lengthier blade can opt for a Petty with a blade length of 7 inches, standing as long as a western utility knife.

It wouldn’t be a surprise to hear Petty having also has varied weights with this many options for blade size. The average weight for Petty is 100 grams, but it can be as light as 80 grams or up to 150 grams.

However, the Petty knife is also widely adopted by chefs worldwide. It’s also possible to equip them with the western handle.

Japanese chefs favor carbon steel for the Petty like all other knives. The most common steel used for forging Petty is the Shirogami and Aogami in Japan.

While these are useful knife steels with incredible sharpness and edge retention, they fall behind in a few critical areas for home cooks.

The corrosion resistance and toughness are the top reasons. Stainless steel is a better fit for home cooks and average users. This not only applies to the Petty knife but any other kitchen knife.

Still, Japanese steel is no short of options for stainless steel. Read on Japanese knife steel here to find the perfect one for Petty knives you plan to sell.

Summarizing the features of the Petty knife

A cook can use the Petty knife similarly to a paring and utility knife at the same time.

Depending on the blade size, the Petty knife can help the cook utilize it the same way as a chef’s knife. For example, a 3-inch Petty knife is ideal for peeling and slicing small vegetables and fruits, while a larger Petty effortlessly trims the fat from a steak.

Peeling and slicing vegetables and fruits

Peeling the skin of vegetables and fruits is precision work. Cooks are more comfortable holding the ingredient in their non-dominant hands and following up with the knife in the other.

This is the most common use of a paring knife. The cook then can slice or do other detailed work like coring. For tasks like this, 3 to 5-inch Petty knives work the best. Anything longer than this can make it difficult for the cook to guide the blade over the skin.

Contrary to a big knife being better at slicing steak, trimming to clean up the meat is easier with a smaller blade.

A Petty knife the same size as a paring knife can get the job done to the perfect steak, but it might not be as adaptable for bigger cuts. Instead, a 5 to 7-inch Petty knife is more suitable for doing detailed work on animal protein, whether beef, poultry, or fish.

A sizable Petty knife larger than a paring knife but still shorter than a chef’s knife is also perfect for breaking whole poultry down to pieces. Petty has a wider heel than a utility knife, enabling it to go through the joints effortlessly. The pointy tip aids the cook in making incisions to reveal them under the skin.

Petty knife for other cutting needs

The Petty knife is on par with the utility knife for caring after a cook’s cutting needs. It’s the best knife to pick up for anything that a chef’s knife is too big, and a paring knife is too small for the task.

That’s why the size is a vital consideration for knife stores. Presenting your customers with various size options for Petty can also lead them to make multiple purchases. Reminding them a small Petty for peeling and other precision tasks and a larger one for the same uses as a chef’s knife can boost sales.

Here is a comparison of these three kitchen knives with similar uses that resemble each other.

The utility and paring knives are more comparable than the Japanese Petty. Both have a slim blade profile, wider than a boning knife but still narrower than a chef’s knife.

The Petty knife, on the other hand, has a broader blade profile than both. Even the Petty knives with a shorter blade than a utility knife have a wider blade overall. The wide heel makes the Petty knife a better pick for board work, like chopping vegetables and herbs or trimming the fat from animal protein.

Despite the similar blade design, the use of utility and paring knives are different from each other. The paring knife is much better when the cook needs to hold the ingredient in hand while cutting or peeling. Some paring knives also have a bird’s beak, sometimes referred to as a tourné knife, that makes peeling and coring vegetables more manageable.

A utility knife is for tasks when the chef’s knife is unnecessarily big, and the paring knife is insufficiently small – slicing chicken breasts and scoring meat, for example.

Since the utility and paring knives are western-style kitchen knives, they are made from much tougher steel that can take a beating. This makes them more durable, but not on the sharpness scale.

A Petty knife forged from high carbon steel will be sharper and keep it for significantly longer. The sharp nature of the Petty makes it a better slicer than both the utility and paring knife.

Undoubtedly, some cooks will favor either of these three kitchen knives more than the others. There isn’t one size that fits all in kitchen cutlery. Because cooks have different preferences, many variations have the same purpose.

That said, there isn’t a clear winner when comparing Petty knife vs. paring knife or utility knife vs. Petty knife. However, Petty is a more versatile choice for several reasons.

The cook can use it on the cutting board to chop and mince ingredients. Petty is also a better slicer with its thinner blade and the attributes it gets from Japanese knifemaking.

How to decide if you should sell a petty knife or not?

Deciding on whether to sell Petty or not is straightforward. If you already sell Japanese kitchen knives, we say it’s a must. Cooks can pick up a Petty knife from your store as a secondary knife to go along with their Gyuto.

The Petty knife is an option knife stores should consider. It’s the perfect Japanese alternative to utility and paring knives. Furthermore, cooks can use the Petty in more ways.

A Petty knife at 6 inches of length can even be the primary kitchen knife for cooks with small hands.

We have multiple options in our Petty knife catalog. You can order them in bulk by contacting us with your order quantity.

All our products are also entirely customizable. For example, we can meet your product specifications if you don’t like the bolster or prefer other materials. Request a quote for customizations (OEM) or any of your needs, and we’ll get back to you shortly. 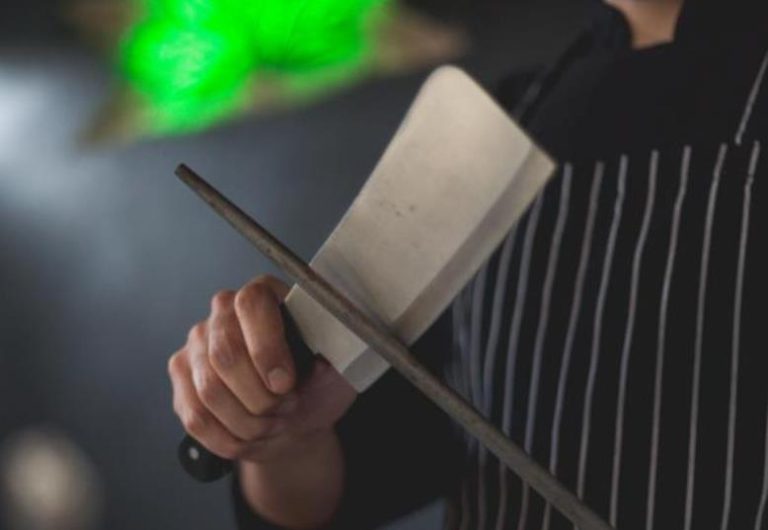 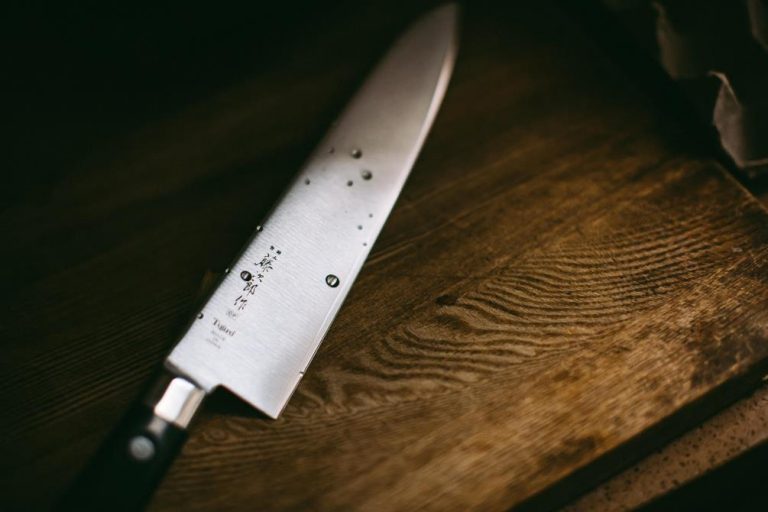 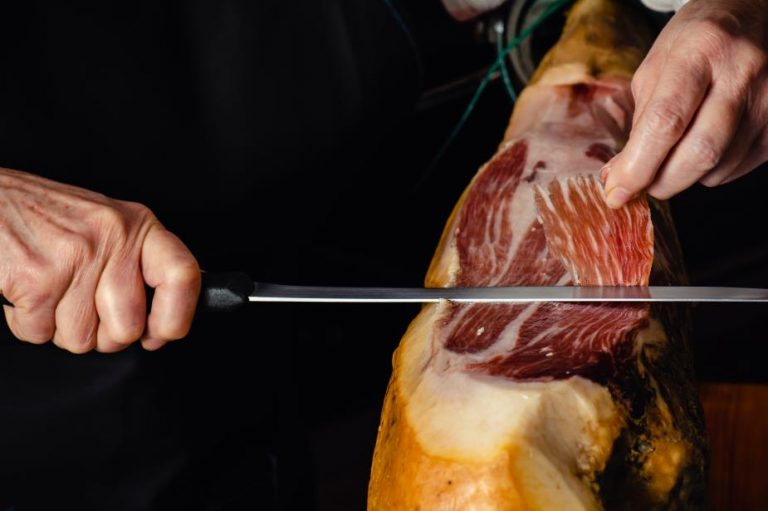