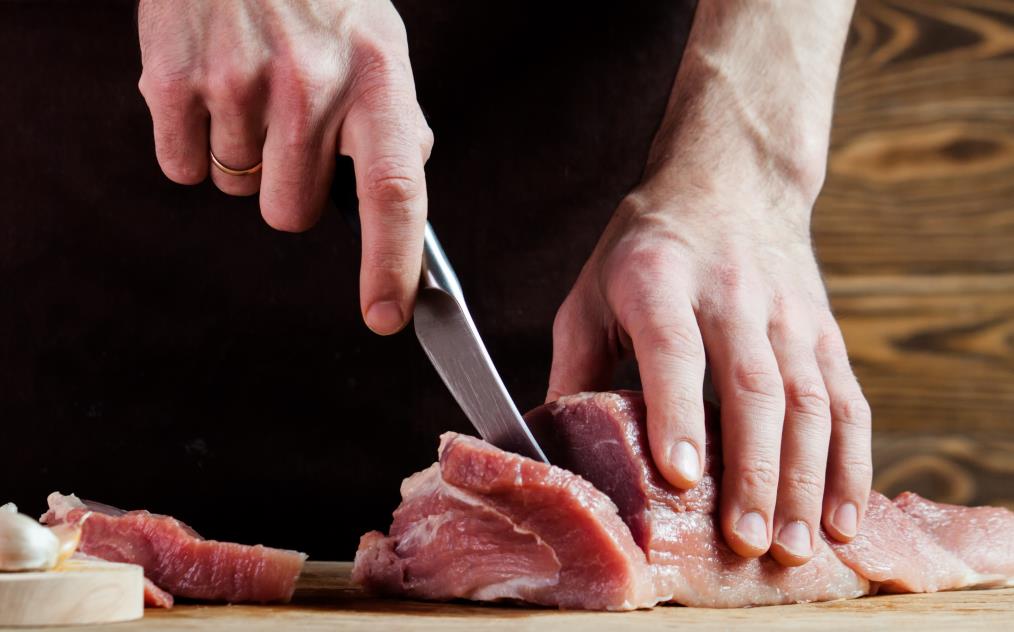 In Western culture and indeed globally, meat and meat dishes feature prominently and as usual those master knife makers the Japanese have a knife that’s just perfectly suited for the carnivore.

LeeKnives is going to enthrall you in this article with our look at the Japanese carvery or meat and fish slicing knife, the Sujihiki.

What’s the Sujihiki knife all about?  Where are your customers going to get the most use out of it? How does it stack up against other Japanese knives like the Yanagiba or Gyuto varieties?

We’re going to answer all these questions and more so that you can buy, market, and use this special Japanese knife with confidence!

What is a Sujihiki knife?

The Sujihiki knife is of Japanese origin and is often classed with Japan’s Yanagiba knife as the blade shape and overall form are so similar. Some of the best Sujihiki available today will be made from high carbon steel.

Unlike the Yanagiba which is used on fish and only fish, the Sujihiki is best at and was designed for meat proteins. It’s Japan’s answer to a carving knife. As with any knife the size of a Sujihiki can vary, and Sujihiki knives range from 8 to 14 inches generally, a long blade! The most popular Sujihiki sizes are 9.5 inches; 10.5 inches and the very large but entirely usable 12 – inch knife.

Sujihiki is a thin bladed, double bevel knife, it’s easier for Westerners or beginners to use and to sharpen. With such blade design, the Sujihiki achieves a very precise and sure cut and excels at cutting thin and beautifully consistent slices of meat.

It also cuts straight because of the double bevel whereas single bevel knives can tend to ‘steer’ to one direction. Since it’s double beveled, the Sujihiki is appropriate for both left or right – handed users,

The Sujihiki knife is used with a single draw cutting motion, with pressure on the blade being applied from heel to tip. We describe the Sujihiki by calling it ‘an extra long utility knife’ and that’s an apt description of its prowess.

As a knife without a lot of height to the blade, the Sujihiki is uncomfortable to use in an up and down or rocking motion, as your knuckles would bang against your cutting surface. For this reason, a draw cutting method of slicing is recommended.

Where did the Sujihiki knife get its name?

The name ‘Sujihiki’ translates to ‘Flesh Slicer’ or ‘Muscle Cutter’. These slightly gruesome names give an accurate picture of this knife’s function: sailing easily and dexterously through meat or fish flesh.

What a Sujihiki knife is (and is not) used for

The Sujihiki knife is the cook’s answer to meat or fish proteins. This extremely sharp blade is made for slicing, trimming, skinning, and portioning meat primarily, but can also be used on fish provided that in either case there are no large bones that could chip the carbon steel blade.

Knife enthusiasts who own a Sujihiki knife recommend it for the following tasks or dishes:

The Sujihiki is not appropriate for use on thick bones or hard seafood shells as this may chip or microchip the blade. Such tasks should be done with tough designed meat cleaver or butcher knives.

For slicing a lot of meat regularly or for cutting up meat with a salt crust or thick bark to it, it is recommended that a heavier Sujihiki with a thicker blade profile be used for best results.

A thicker blade also stops the blade flexing on a large piece of meat and can help the user cut straight more easily.

The Sujihiki compared to other popular Japanese knives

The Gyuto is the Japanese form of a chef’s knife. This means that it will have more versatility in the kitchen BUT the Sujihiki simply wins hands down at slicing and slicing a lot if necessary.

The Sujihiki being a slicing pro means that it sheds food better and is basically non – stick whereas the Gyuto creates drag when you slice with it. If you’re a home cook a large Gyuto would be appropriate, but if you were working in catering for example, you’d want a Sujihiki for slicing meats in large quantities.

For customers who like good knuckle clearance the Gyuto has a wider belly so an up and down or rocking chop is supported by its form and some customers may only be familiar with those cutting techniques.

As a pro – tip from a professional chef though, you can still use the Sujihiki comfortably even with little to no knuckle clearance – you just move your cutting board right to the edge of the work surface!

Write that one down, it’s a super tip and one of those ‘it’s so obvious’ but so powerful in its simplicity that you’ll blow your customers away when they moan about knuckle clearance.

Verdict?  The Gyuto wins for the buyer looking for an all – rounder knife and not cutting up or slicing meat regularly. Best size Gyuto? 9.5 inch.

If the customer works in something like catering or a deli, or prepares their own meat products at home, or is a barbeque fiend, the Sujihiki is a no brainer because Sujihiki and meat are made for each other and the Sujihiki can be used on fish too, giving extra value.

The Sujihiki knife is widely regarded as more versatile than the Yanagiba knives because the Yanagiba is exclusively a fish/seafood knife.

The Sujihiki knife is usually lighter than the Yanagiba which often has a thicker spine to it. This gives less weight to the Sujihiki, but it also feels more maneuverable in the hand.

As the Sujihiki can also be used on fish, it wins on versatility as the cook can move between fish and meat with the Sujihiki whereas the Yanagiba is purely a fish knife and should not be used on dense meats or carvery.

The Yanagiba is single bevel, meaning that it’s tricky to use for slicing unless you’ve bought a specialized Yanagiba particularly made to suit your dexterity. With double bevel utility, the Sujihiki escapes these niggles.

A Yanagiba is not meant to be used on very dense or large meat muscle fibers and if the roasted meat had a tough crust to it the edge could very well be damaged.

Also, the Yanagiba will have an annoying tendency to ‘steer’ to one side as you’re slicing through a thick piece of meat, you’ll find it almost impossible to maintain a straight and neat cut every time.

As with most knife problems, it’s a case of using the right knife for the right task and if you have a good product knowledge, you’ll be able to direct customers wisely.

The Yanagiba should be respected and kept for its primary usage which is fish. The Sujihiki will give more versatility on other ingredients overall and avoids the dexterity problems we’ve discussed.

Should I include the Sujihiki knife as part of my product range?

The answer to this question must be ‘yes’.

Meat and meat products play such a big part in both the Western and Eastern diets that it would be foolish to leave out a premier quality meat slicing knife. Every culture on earth has its own variations on roasted and cooked meats, indeed, this staple of the human diet has been around since the dawn of time.

With affordable and trustworthy suppliers like LeeKnives you can offer the Sujihiki to your buyers with confidence, knowing that they’ll be getting the utility and the masterful skill of one of Japan’s most popular and most exported knives, right in their kitchen.

An ideal Japanese knife combo buy for the home cook!

We’ve done our homework on this and the top recommendation to cover most bases for the home cook is:

With a larger Sujihiki or other type of knife to handle big and wide ingredients, the home cook will be prepped and ready to attack almost any kitchen task.

If the customer doesn’t need a big knife in their collection, the first two knives alone will be a great ‘one stop’ solution and they’re worth recommending together for this reason.

Any knife retailer would be wise to see the value and importance of a good handle on a quality knife. For the Sujihiki, there are a couple of different types of handles available, such as

It’s important that the customer is provided with some range of choice as to the handle aesthetic and style and to the profile of the knife overall. A buyer that receives a comfortable, easy to use, well weighted and appealing to look at knife is a happy buyer!

It’s been such fun sharing the Sujihiki knife with you. It’s a worthy addition to any meat eater’s collection of beautiful knives. The Sujihiki and other Japanese knife beauties await you in our broad range of gorgeous knife products.

Do explore some more on the LeeKnives blog where we offer knowledge packed articles and practical resources to help your knife business.

Need a fast and painless quote?  We’d love to help you out with that too, so do visit our quote portal. 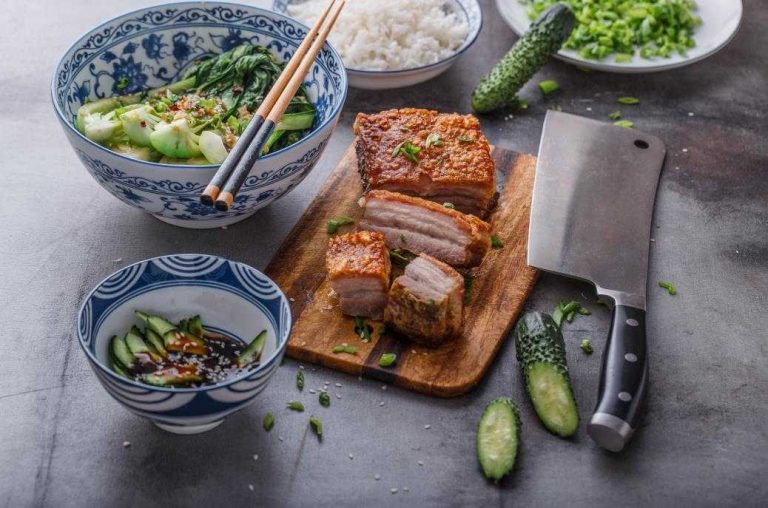 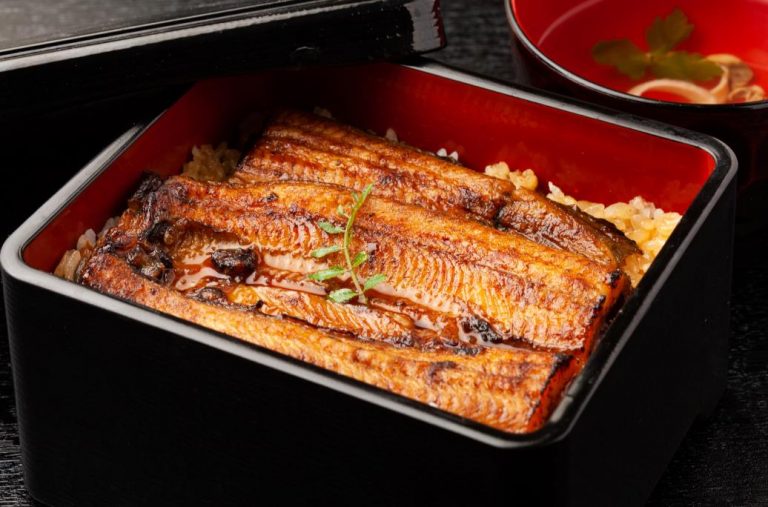